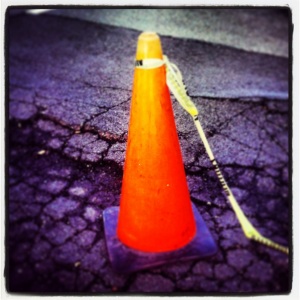 An interview about my next book “the dictionary of coincidences, volume i (hi)”.  The tag was tender.

The Wind, The Water, and the Wind. Bags of Potatoes. My Name is Burt. You Saw Me at the Festival of Burt in the Wind Near the Water.

Ideas are worthless and we’re not really interested in where you got the idea for your dumbass book. Do you have any naked photographs of yourself that you can share with us?

I have photographs of my naked fingers I can send you. They’re probably not suitable for the internet though. Not with all the cleaning up they’re doing these days. I do have some of my hair and fingernails saved. I could send video of them instead of photographs. Video is more riveting.

So everyone knows genre books are for pricks. That’s not a fucking question asshole.

I’m sure you are aware that genres are suitable for all age groups. If the print in books were larger I would list that as a curtain call for electric books.  I’ve pondered the most subtle and variable effects of genre (small g) on chapter/verse themata.  I remember quite vividly the lively and often raucous debates we had on the subject during my university days.  Sad to think that we can’t relive those times again.  Ah…the wayward wanderings of a wistful meander or life as we writers like to call it.

We think a silent movie would be best for your book even though we haven’t read it. So which actors do you think would be best suited to shut the fuck up on screen in a B or C movie version of your piece of shit book?

I hadn’t thought about silent film. It’s making a comeback is it? For silent film I would say Richard Grieco and Mario Van Peebles. Those are the two that come instantly to mind. The leading lady (if I may be so bold as to use the term) would most likely be played by Meryl Streep or Avril Lavigne.

Also, the book isn’t a piece of shit sir or madam. It’s a cavalcade of literary wonder. A real miracle of vision and depth. It’s filled with redemption, mountain people, urban hipsters, horses, and philosophy. If you ever wanted to kill someone or yourself or not then it’s a good book for reading on the weekends and for writing poems about. It’s also a good book if you want to think about being entertained, enlightened, or educated.

What is a one syllable synopsis of your piece of shit book? That’s as much as we’re interested in.

We know this piece of shit book of yours will never be published but let’s pretend for a quick second that it might be…ah fuck it…we know it never will be. What about those naked photos?

As I stated before and quite clearly I believe—it’s not a piece of shit. It’s a cavalcade. But it took me 17 years to finish the first draft of my piece of shit, er—I mean manuscript. I then abandoned the entire story because I had gotten too caught up in the characters. I actually thought for years that I was Mario Van Peebles. I even spoke with a German accent. I lived like that for 12, nay, 13 years before I realized that if I wanted to work in this business I had to be someone besides Mario Van Peebles. So I scrapped the first book and finished the book in its current form in 3 days. It was inspired by the first book and by my love of candles.

You fucked up writing people like to compare your piece of shit books to other books that even we reluctantly have to say aren’t pieces of shit. But we don’t like comparisons. We’ll just leave it at that.

If I may gentle sir or madam…I would compare my book to the book based on the movie Shakespeare’s Romeo and Juliet. The play is a bit too stuffy for my neo-post-classic-modern sensibilities (har har har). But I would also say it has echoes of The Robe, which is not a book but similar to a book. I think if you compared my comparisons to the comparisons of other writers you’ll find that my comparisons are of a more amiable variety. Martin Amis once wrote “to compare thee to a rose would serve no purpose but to make thee roseworthy and the rose youworthy”.  So apt. I live by those words faithfully each day.

We don’t give a rat’s ass who or what inspired you to write your piece of shit book but would you like to know who inspires us? Anybody who doesn’t write this piece of shit you tossed in front of us today. There are kids out there who’ve cured space cancer and you give us this. So we’d like you to head on down the fucking road now. Anymore of this and we’ll stuff an exhaust pipe down our fucking throats while our automatic wrist slicers go to work.

Since you were candid enough to reveal your inspiration I think it’s only fair that I reveal mine. It’s my mum. It really is. She…I’m getting choked up here…she loves me.

We actually just killed ourselves while you were talking. You realize you’ve just fucking killed other human beings with your piece of shit babble about your piece of shit book. We don’t give two fucks about what it’s about either. So shut the fuck up and let us die in peace asshole.

It’s a wartime love story about 2 men and 1 woman. There are other characters. Like Uncle Charlie who brings back jam he found in an abandoned bunker near the front lines. And Auntie Kirsten who drinks a little too much because she hasn’t heard from her husband in years. He disappeared during peace time and then 4 or 5 years later when the war broke out she became afraid he might have been killed in a battle and that he would never return. And the horse is a real palomino based on a real horse.  I can’t reveal the name.  You’ll try to goad it out of me.  Go on you.  But I won’t say.  Go on.  I won’t say no matter how much you prod me.

2 thoughts on “the next big piece of shit”